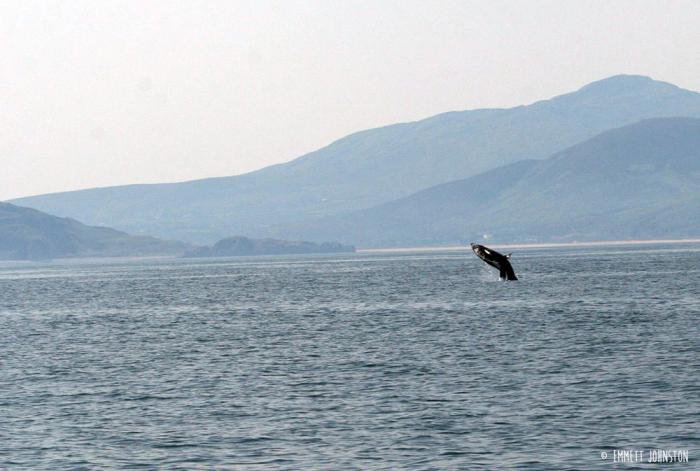 “Fish are friends not food!” This is almost impossible for a shark to say you may think, but sharks are not as dangerous and scary as movies often like to show us. The second largest fish in the Ocean is a shark – the Basking shark, and it doesn’t like big meals.  Basking sharks eat tiny plankton, a group of organisms that can’t swim against the current. They are the only passive filter feeding sharks. This means that, in order to eat, they just swim with their enormous mouth open filtering water. It doesn’t sound so scary right? Their big gill rakers separate the water from the plankton of the water column. As these sharks can grow up to 10 meters, imagine the huge quantity of water they have to filter to be well feed every day!

During the summer you can easily see them swimming on the surface of the sea, because plankton concentrates there. These animals are pacific and really sociable. They usually swim in groups and can be spotted from the coast or with a boat. If you would like to learn more about basking sharks you can consult the Sharkopedia. Basking sharks are catalogued as vulnerable by the UICN Red List, but fortunately conservation programs are being carried out to avoid their extinction.