Top Things to Do in Cornwall 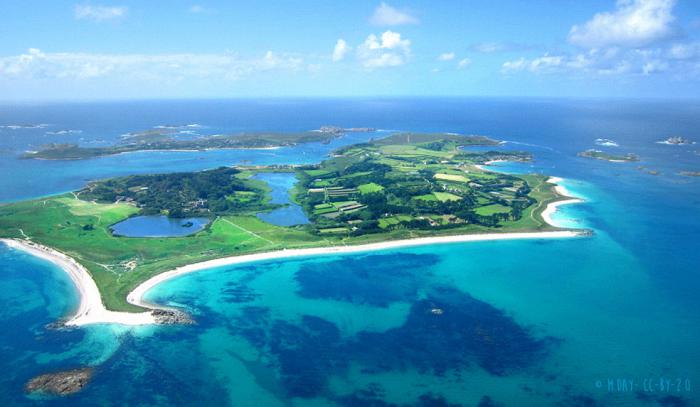 Cornwall is one of the landmark destinations of the WILDSEA Atlantic Ocean Heritage Route. In this blog entry, we unveil its coolest and wildest secrets and its strong connection with the sea.

As you'd expect from Cornwall's Celtic past and its location on England's westernmost tip, it combines a distinct local culture with a rich maritime history. And because nowhere in the county is more than 20 miles from the coast, the sea retains huge influence on Cornwall's language and customs and, in particular, its food.

Cornwall's economy is also rooted in its marine riches. Historically pilchard fishing out of Newlyn port dominated, but now the industry has diversified and species caught include brown crab, monkfish and scallops. Tourism has also boomed with the area offering everything from family breaks to specialised sailing and diving trips. The surrounding sea is warmed by the Gulf Stream resulting in Cornwall's marine population being quite distinct from what you'll find elsewhere on the British coast and because its underwater pinnacle and reef systems present a formidable danger there are numerous shipwrecks, including German WWI U-boats.

The range of habitats across this region of the southwest is diverse -- estuaries, rocky shores and reefs, mudflats, dunes, cliffs, sub-tidal sand banks, maerl beds, eel grass beds and kelp forest. The interior of the peninsula is defined by its moorland heart which gradually gives way to a rocky coastline punctuated by beaches. 400 of these are accessible on foot and range from vast swathes of sand to tiny, intimate coves.

The north coast is exposed to the swell and winds associated with the low pressure weather systems that move across the Atlantic and make for superb surfing conditions and is also blessed with huge sandy beaches backed by cliffs or dunes, such as Fistral and Perranporth. The south, by contrast, is more sheltered with calm coves, pretty fishing harbours such as Fowey, and estuaries like the Camel. The county includes the Isles of Scilly, too, the warmest part of Great Britain where the warm ocean current means sea temperatures can reach almost 19 degrees celsius.

Away from the water, Cornwall offers countless walking routes including the South Coast West Path which snakes around the peninsula's entire perimeter offering sweeping views of the undulating coastline. The area's many castles include Tintagel, said to be the birthplace of the legendary King Arthur, and it's worth a visit to the Minack Theatre, an open-air amphitheatre whose productions range from classics to comedy. There's also the internationally-renowned Eden Project, an eco-park contained within a huge crater where enormous 'Biomes' house a large indoor rainforest. The Project also hosts regular exhibitions, summer concerts and family events. 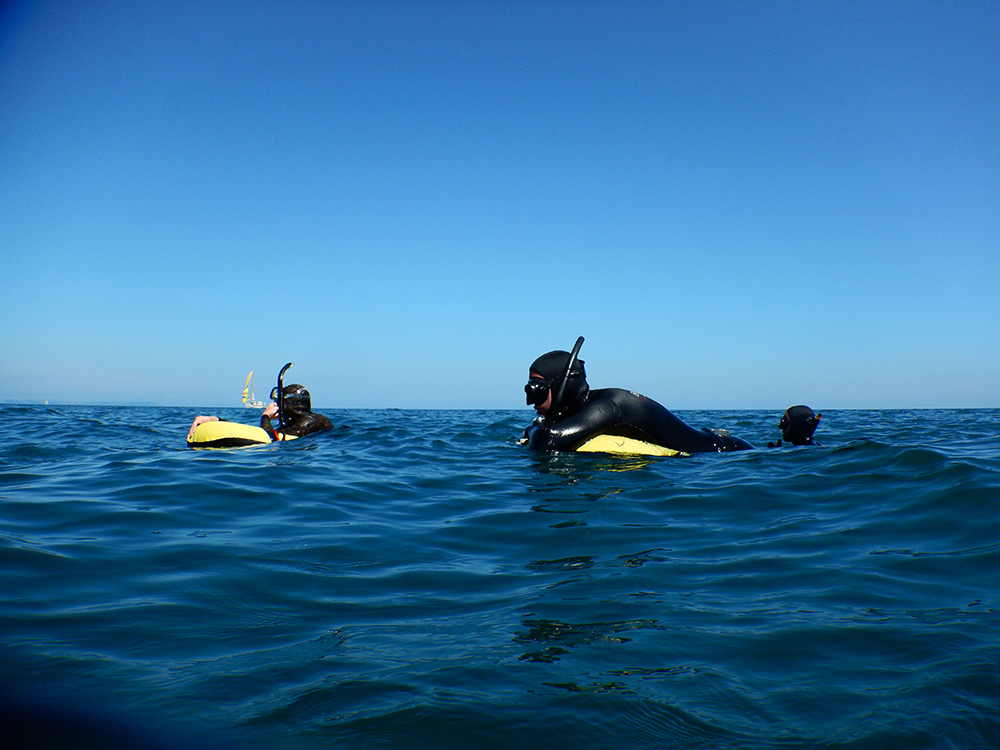 Diving is possible year-round in Cornwall but July to October offers the widest variety of sea life. Falmouth Bay is a popular destination with shore dives from beaches such as Castle Beach and Silver Steps, and wreck diving at the infamous Mannacles Reef where the SS Mohegan ran aground and sank in 1898 with the loss of its 106 crew. The 146m-long site requires at least three dives to cover, features rock stacks covered in jewelled anemones and is home to dogfish and anglerfish. A more recent wreck is HMS Scylla. Sunk in 2004 by the National Marine Aquarium in Whitsand Bay to create an artificial reef, it was rapidly colonized and is now home to around 270 marine species.

By contrast the Quies are large islands off Trevose Head, north of Newquay, where the waters are rich with starfish, spider crabs, dahlia anemones and sea squirts. Night dives offer sightings of lobster, crabs and octopus and the visibility at locations such as Trevelgue Head in Newquay Bay is good enough for photography.

Disabled divers will find the facilities, beach and water at the Porthkerris Dive Centre on the Lizard Peninsula are accessible for those with reduced mobility and the centre also has instructors qualified to assist disabled divers. 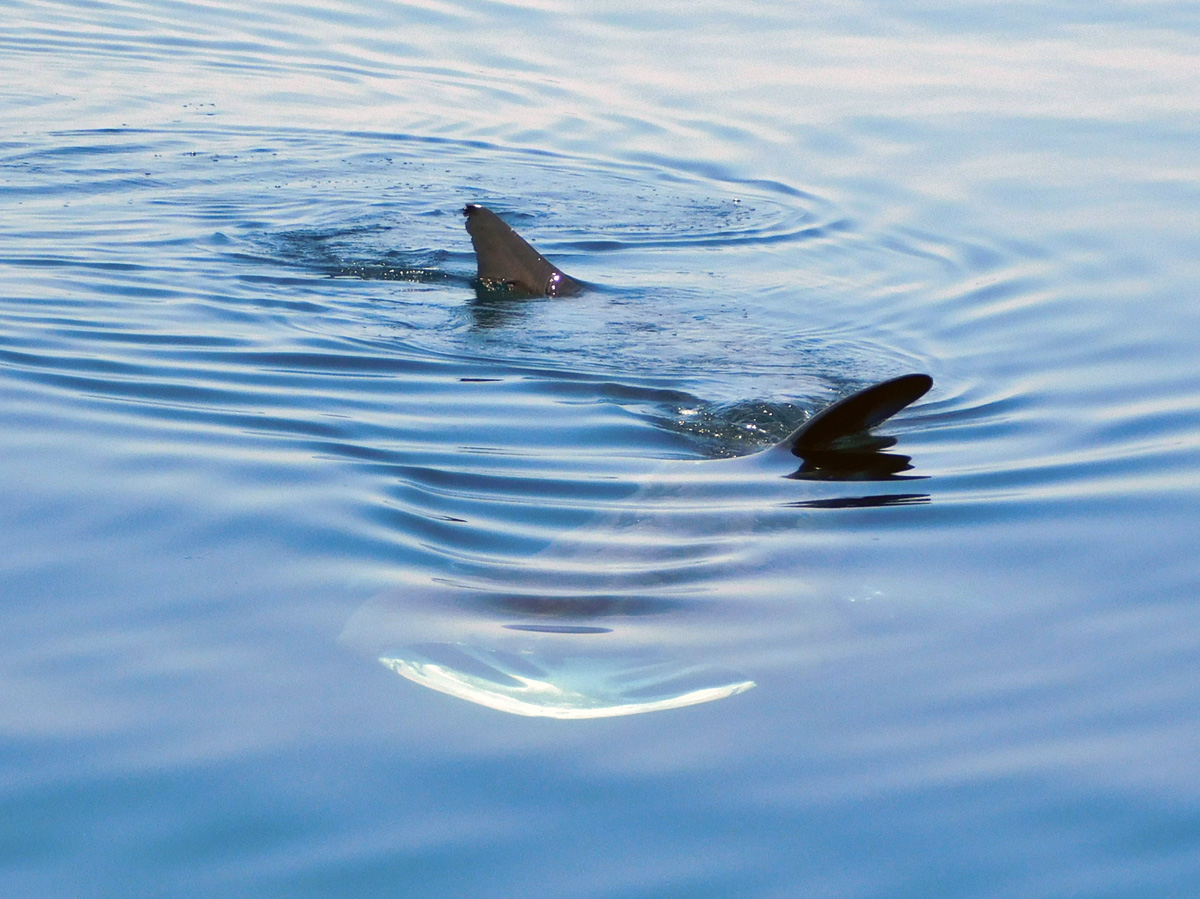 The waters off the Cornish coast are home to common and bottlenose dolphins, harbour porpoises and, during summer, the vast basking sharks that feed on plankton blooms. Several sightings of minke whales were reported off Padstow in 2018 and humpback whales are often seen breaching off Pendennis Point. Whale and dolphin tours tend to leave from Padstow, Penzance and Falmouth and the best are led by keen naturalists and marine biologists. There are options under sail as well as motor, and tours can last from a single hour to a full day.

For those visiting the Scillies, the Isles of Scilly Wildlife Trust offers a Widlife Safari every Wednesday departing from St. Agnes. The Tour will take you to meet the resident Atlantic Grey Seals and seabirds that nest on the islands, including puffins, razorbills and manx shearwaters. 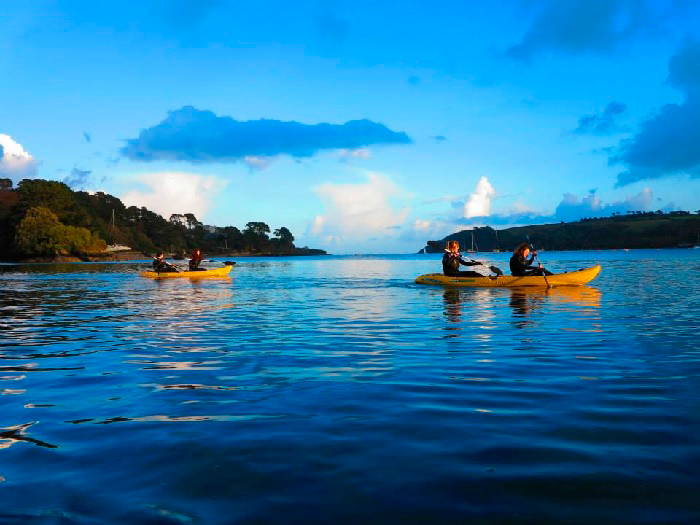 Popular on both coasts, sea kayaking offers an opportunity to explore Cornwall's sea caves and rocky shorelines and to get up-close to marine life. Bosahan Cove and Frenchman's Creek, which was immortalised in Daphne du Maurier's famous book, are perfect for kayak expeditions. The former backs onto the ancient woodland of the Bosahan Estate and, because it's not easy to access on foot, is often deserted. The Creek is further up the Helford river and provides a scenic spot for walking and picnicing. The sea on the north coast tends to be rougher but, on a calm day, paddling in and out of the arch at Cligga Head is an exhilarating experience. There's also an opportunity for a multi-day kayak trip out of Falmouth which includes wild camping, foraging and camp craft, plus an island-hopping trip around the Isles of Scilly.

Newquay is Cornwall's most famous surfing destination. At its heart is Fistral Beach which offers a consistent beach break with regular two-12 foot swells. A surf school and rental shops overlook the beach and there's a terrace with restaurants and bars. Newquay is also the departure point for those attempting to surf the Cribbar, a notorious wave up to 30 feet high that breaks off the reef of the same name by the town's Towan Headland. The Cribbar depends on the right conditions, swell and high tide, and its arrival tends to follow big wave conditions in Portugal. For something a little less extreme, Harlyn Bay near Padstow is a good bet. Its gentle waves are more forgiving than Fistral and there's a surf school for all ages.

Cornish people's love of the sea spans generations. From retired fishermen to sea shanty singers and teenage surfers, the passion for salt water and waves is infectious. The National Maritime Museum in Falmouth explores this enduring relationship with the sea and celebrates its influence on our culture with a collection that includes boats, maritime art, stories from the Titanic and a live boat-building workshop.

Polperro Heritage Museum of Smuggling and Fishing is a surprising little gem which offers unexpected insights into fishing and smuggling from the late 18th Century to modern times. Other age-old traditions don't need to be preserved in museums because they continue to this day. Witness ones such as Hurling the Silver Ball -- an ancient form of rugby -- at the St Ives Feast in February, or Padstow's annual 'Obby 'Oss tradition which takes place every May Day when a pair of 'hobby horses' dance through the decorated streets, leading a procession of singers and dancers.

From tastings to cookery courses, foraging, fishing and oyster shucking, there are numerous foodie days out that celebrate Cornish produce and traditions. The ubiquitous cream teas and pasties which long represented the Cornish food scene are now being replaced by seafood, and avant garde chefs are generating interest. Food is celebrated at pop-up restaurants and residencies as well as at countless food festivals across the county.

The Newquay Fish Festival, now in its 17th year, showcases seafood in the inspiring surrounds of the town's 300-year-old harbour. Porthleven Food Festival features chef demonstrations, a food market and music. And while a pasty and a cream tea remain on many visitors' bucket-lists there are growing numbers of artisan food producers creating award-winning products. Cornish Jack and Kern cheeses are increasingly well regarded. There's tea from the Tregothnan Estate, coffee roasted in Porthleven and gourmet ice cream galore. While cider has long been the local tipple, wine from the Camel Valley vineyard is starting to make its mark, particularly sparkling varieties. And, of course, a quayside (responsibly sourced) fish and chips is still the perfect -- not to mention tasty -- end to a day in the water.

Ready to take it all in? Click here to discover the best coastal & marine adventures in Cornwall!